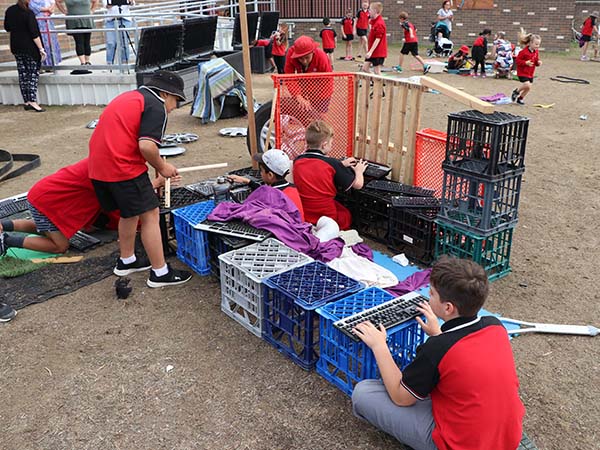 On Friday 21 February, two classes of excited students from Margaret Hendry School, along with special guests, attended the opening of the School’s new Loose Parts Playground.

You won’t see any swings, slides or climbing equipment in this space; the Loose Parts Playground doesn’t contain the typical aspects of a traditional playground. Instead students choose an assortment of random materials from large lockers and let their imaginations create a whole new play space where they engage in teamwork and create possibilities for everyday objects.

There was no uncertainty or hesitation when students were given the all clear, racing to grab loose parts and begin building and constructing. Within minutes they had collaborated to build structures from milk crates, organised themselves into teams for a game of tug-of-war and rolled each other around inside tyres.

Margaret Hendry’s Principal, Kate Woods, was glad to see how the kids embraced their new playground.

“Loose Parts has always been something very dear to a lot of our hearts here. We’re familiar with how children can be really creative, how they can co-construct with their learning and how they can be really social. The Loose Parts Playground really brings together all of those 21st century skillsets and dispositions that we’re trying to grow and nurture and develop in our kids,” she said.

“The kids go in, it’s a blank canvas, and by the time they leave we’ve got kitchens and restaurants, tug-of-war has been happening and there’s an office set up. You just never know what you’re going to get and what they’re going to create.”

It’s clear from the smiling faces that students have enjoyed the opportunity to give new life to the pre-used objects. We spoke to Sanchi and Sophia, from grade 4, to hear their thoughts on the Loose Parts Playground. 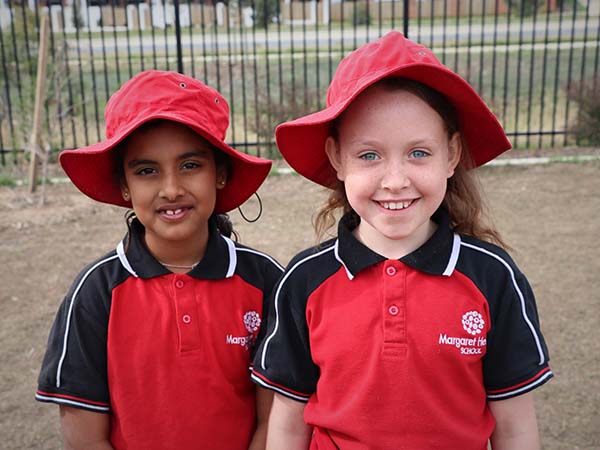 “It’s fun! There’s all sorts of bits and bobs that are things that no one usually uses or plays with but after you have a few goes, you get used to it and you start building things out of it and collaborate with it,” Sanchi said.

“I like it because you can get together and make things out of random pieces and you can use your imagination,” Sophia said.