Taking on the world 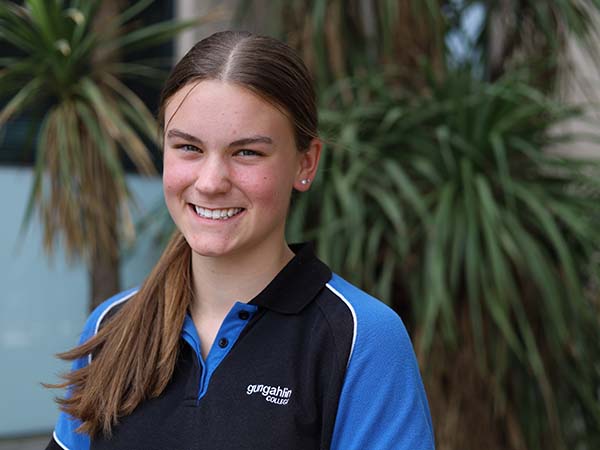 Gungahlin College student Jade Brown has been selected to represent Australia at the International Cup in Dallas in April.

Ever since she was a little girl, Jade Brown has loved football. But that little girl who signed up to play a decade ago could never have imagined how far this would take her.

Now 16, Gungahlin College Year 11 student Jade Brown has been selected in the Australian Schoolgirls football team for the International Cup, to be staged in Dallas in April.

Obviously, it was exciting news to receive.

“I couldn’t believe it really. Being called into the Australian Schoolgirls squad is such a great opportunity,” Jade said.

This success is down to a lot of hard work, as well as support from her family, friends, school and football club, Gungahlin United.

“Going to training, school work… it’s just a lot of time out of your day,” Jade said.

“It’s hard, especially if you don’t enjoy it. So enjoying the sport, as well as doing well in school, and having a good job – it’s tiring, but it’s definitely fun. It’s exciting.”

The young striker plays for Gungahlin United women’s premier league first grade side, training twice a week and playing games on the weekend. Jade also has extra classes at her school to help train and build her skills even further.

With the increasing focus and support of women’s sports in the general public, Jade is a part of the next generation of female sportspeople seeing opportunities open up in front of her.

“I’ve noticed (women’s sport) a lot recently, especially, on TV and media. And I think it’s good that women’s sport is being shown a lot more often,” Jade said.

“I think it’s good for girls my age and younger to be able to see it on TV and think ‘that’s cool, I want to try that’.”

“I hope to turn this into my career. I can’t imagine myself doing anything else… this is what I want to do.”

Gungahlin United coach Diego Iglesias believes Jade has the talent to go a long way in the sport – but balance for young sportspeople is important.

“Jade is a bit of a rare one… we don’t see Jades very often,” Diego said.

We wish Jade all the best with the Australian Schoolgirls in April! Hear more about Jade’s story in her interview with ABC Canberra here