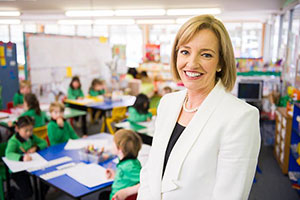 The 2012-13 year has been a significant period for education and training in the ACT, and for Australia. In May 2013 the ACT Government signed the National Education Reform Agreement with the Australian Government. The agreement incorporates the National Plan for School Improvement and facilitates the implementation of national and local initiatives to improve educational outcomes for children and young people.

In moving forward with our important reform agenda, I will shortly be releasing our new strategic plan. The plan will outline our vision for the next four years, and the strategies to ensure that the ACT leads the nation in educational achievement and outcomes for our children and young people.

Following the ACT election in 2012, there was a change in ministerial arrangements with the appointment of Ms Joy Burch MLA as Minister for Education and Training, replacing Dr Chris Bourke MLA. I would like to thank Dr Bourke for his support and leadership in the education and training portfolio. Minister Burch brings a wealth of experience to the education and training portfolio and her experiences in the community services portfolio will serve to strengthen our existing relationships with other government agencies to deliver quality education and support programs to the ACT community.

At the same time, the ACT Government established a new ministerial portfolio, for Higher Education. It is led by ACT Chief Minister, Katy Gallagher MLA. The new ministry reflects the importance of higher education to the ACT economy and for regional development.

ACT students continued to be among the highest performing students in Australia, with mean scores placing our students top or equal top across 16 of the 20 areas tested in the National Assessment Program – Literacy and Numeracy (NAPLAN). Students in the ACT continued to excel in reading as the highest performing jurisdiction in Australia – a position we have held every year since 2008. Participation in assessment programs including the Trends in Mathematics and Science Study (TIMSS) and the Progress in International Reading Literacy Study (PIRLS) showed that our students continued to perform well in relation to other Australian and international students.

The ongoing support and encouragement for high performing students throughout the reporting period saw achievements in a range of areas, including science and languages, with students from our schools competing against other Australian students as well as against students from the Asian and South Pacific regions.

Throughout 2012-13 the Directorate continued implementation of strategies to support all students, particularly those students from low socio-economic and English as a second language or dialect backgrounds, Aboriginal and Torres Strait Islander students and students with a disability. Strong relationships with parents and carers and other members of school communities through workshops and networks contributed to sharing of information and the development of responses for the children and young people in our schools.

The establishment in August 2012 of the Minister's Student Congress provided opportunities for students to network and develop their leadership skills. The overall aim of the Congress is to give students a voice in their education and to provide their point of view directly to the Minister. The Congress had its second meeting in May 2013 and has taken on the role of acting as a student reference group for major initiatives affecting ACT public schools. 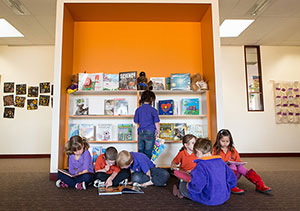 The work commenced in the 2011-12 period of empowering local schools and continued throughout 2012-13. Empowerment is about further enabling principals to make informed decisions about the best use of available resources, support and infrastructure that will deliver the best outcomes for students. Ongoing work will continue in this area in 2013-14.

I would like to thank the staff of the Directorate, in our schools and central office for their innovation and hard work throughout 2012-13; evidenced by significant achievements during the year. I would also like to thank our Ministers – Joy Burch MLA, Chris Bourke MLA and Chief Minister Katy Gallagher MLA, for their leadership and vision.

Finally, I would like to acknowledge all our stakeholders, including students, families and carers, registered training organisations, education and care providers, other government agencies and higher education providers for the open and collaborative way in which they have worked with us in 2012-13 to ensure the best outcomes for our children and young people.