Highlights for the year include the commencement of construction of the new primary school in Coombs and the opening of the new Canberra College Cares (CCCares) and Tuggeranong Introductory English Centre facilities. Modernisation works at Belconnen High School were also progressed with the demolition of a disused school building.

All major projects were either completed or were on target to be delivered by the scheduled completion date.

Construction work on the new primary school in Coombs commenced in November 2014 and is progressing well with the school on schedule to open for the start of the 2016 school year. The school will provide the first community facilities in the Molonglo Valley. This will include community meeting rooms, a school hall with a multi-sport court and community storage areas, facilities for before and after school care and a community playing field.

The school will provide modern educational facilities including designated learning spaces for preschool to year 6 students, curriculum enrichment spaces, a multi-purpose resource centre, a canteen and outdoor learning and play areas. The project is being delivered under a Design Construct Maintain construction methodology which has allowed innovation in the design and construction stages to deliver a value for money outcome for the Territory.

Construction of the purpose-built facility for Canberra College Cares (CCCares) on the Phillip campus of Canberra College was completed during the reporting period. The CCCares program supports pregnant and parenting students to continue their secondary school education.

The new facility includes childcare, health and counselling facilities as well as a gathering and learning space. It is integrated into the college site, allowing CCCares students to undertake mainstream learning programs at the college as well as allowing other students to access the vocational education training facilities in the CCCares building.

Construction work on the Stage 1 Belconnen High School modernisation project commenced with the demolition of a disused school building. Works to relocate the arts and music facilities at the school were also completed in the reporting period.

Designs for an outdoor learning and play space were completed with construction tenders invited during the reporting period. These works are scheduled to be completed for the start of the 2016 school year.

Concept planning for the Stage 2 modernisation works was also completed during the reporting period. This will include major refurbishments to the student learning and teaching spaces, further outdoor works and a new school administration building.

Construction work on the purpose-built Tuggeranong Introductory English Centre on the Wanniassa Hills Primary School site was completed in April 2015. This facility will provide primary school-aged students newly arrived to Australia and Canberra intensive English tuition before returning to the ‘home' primary schools. The centre is also available for out-of-school hours use for adult English tuition.

The Australian Government approved a grant in January 2013 to establish the Belconnen Trade Skills Centre in the Belconnen school network. At the end of the reporting period, new facilities were close to completion at University of Canberra Secondary College Lake Ginninderra, Hawker College, Kingsford Smith School and Canberra High School. These facilities will be available to the schools during the second semester of the 2015 school year.

Planning and design work had been completed on the new facilities at a further four secondary school sites in the Belconnen network - Melba Copland Secondary School (Melba and Copland sites), University of Canberra High School Kaleen and Belconnen High School. Construction work will commence early in term 3, 2015 with works scheduled to be completed ready for the start of the 2016 school year.

Final works were completed on the trade training centre facilities in the Tuggeranong school network with the completion of the metal and automotive workshops at Lake Tuggeranong College. These facilities were funded under an Australian Government grant approved in December 2011 to establish the Tuggeranong Sustainable Learning Trade Training Centre.

Prior to the transfer, expansion and upgrade works were completed at the Forrest, Appletree and Treehouse in the Park centres. Designs for the expansion of the Bunyarra and Salem centres and designs for the upgrade of Totom House centre were also completed during the reporting period.

Building works on the extension of the Gungahlin Children's Centre were also commenced in early 2015.

Design work on major refurbishments to Curtin Primary School was also commenced during the reporting period.

Masterplans were prepared for The Woden School, Aranda Primary School and the O'Connor Co-Operative School in preparation for planned upgrade and expansion works in future years.

As capital works are undertaken at public schools, including new facilities, building upgrades and refurbishments, opportunities are taken to improve the energy efficiency and water conservation of these spaces. A total of $1.112 million was allocated from the schools capital upgrades program during the reporting period to support the Directorate's strategic priorities for environmental sustainability initiatives.

Refer to Section B9 for an overview of the projects and policies implemented during the 2014-15 reporting period.

The Directorate's capital works management program for 2014-15, detailing the completed projects and works still in progress at the year end is shown in Table C3.1.

Amaroo School students welcomed Virginia Haussegger, the face of local ABC TV News, as she shared her love of reading in her role as Ambassador of the Chief Minister's Reading Challenge. To the great delight and excitement of the students she read two Roald Dahl stories to those seated around her. Students reciprocated by sharing limericks that they had prepared in class to the accompaniment of music. With 2014 marking the tenth year of the Reading Challenge, there has been consistent growth in the number of students seeing how much and how widely they can read in completing the challenge. The first Reading Challenge attracted 638 readers, in 2014 74 schools and 22,683 students took part. Students appreciate that it is not a competition, but is all about encouraging a love of reading and helping students improve their literacy. 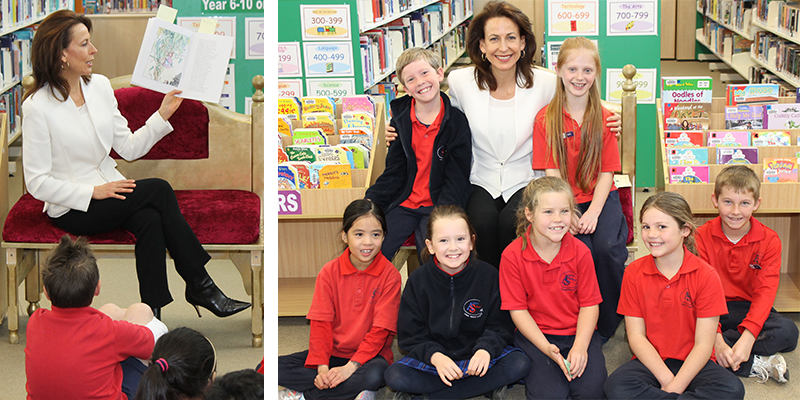 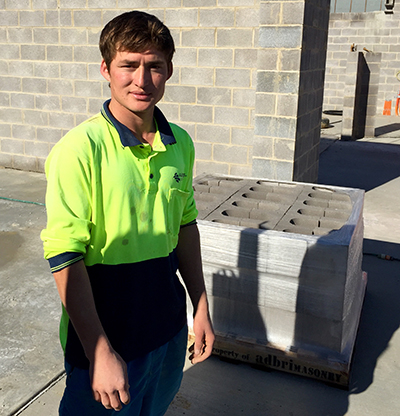 Aziz overcame many challenges to be in his current position as an apprentice bricklayer. He arrived in Australia in 2012 and enrolled at Dickson College to study for a Year 12 Certificate. Aziz promptly said to the college, "Get me a job, I will do anything!" The college referred Aziz for work experience as a bricklayer and an apprenticeship opportunity presented itself. Aziz faced a difficult choice between completing year 12 or undertaking paid employment and training. In 2014 he elected to undertake a bricklaying apprenticeship, as paid employment presented the faster route to meet his financial and family goals. Aziz plans to enrol at the Canberra Institute of Technology to study for his Year 12 Certificate at night.

The opportunity to work outdoors suited Aziz and he promptly fell in love with bricklaying. The Australian Apprenticeships system is supporting Aziz with his English whilst also ensuring there is appropriate mentoring. Being employed by a Group Training Organisation (GTO) means Aziz has the opportunity to meet many apprentices at the training facility and learn about Australian culture over the daily BBQ lunch provided by the registered training organisation.

Aziz is determined to work hard and complete his apprenticeship. Aziz is appreciative of the opportunity to undertake an apprenticeship, contribute positively to the Canberra community and work towards achieving his goals.