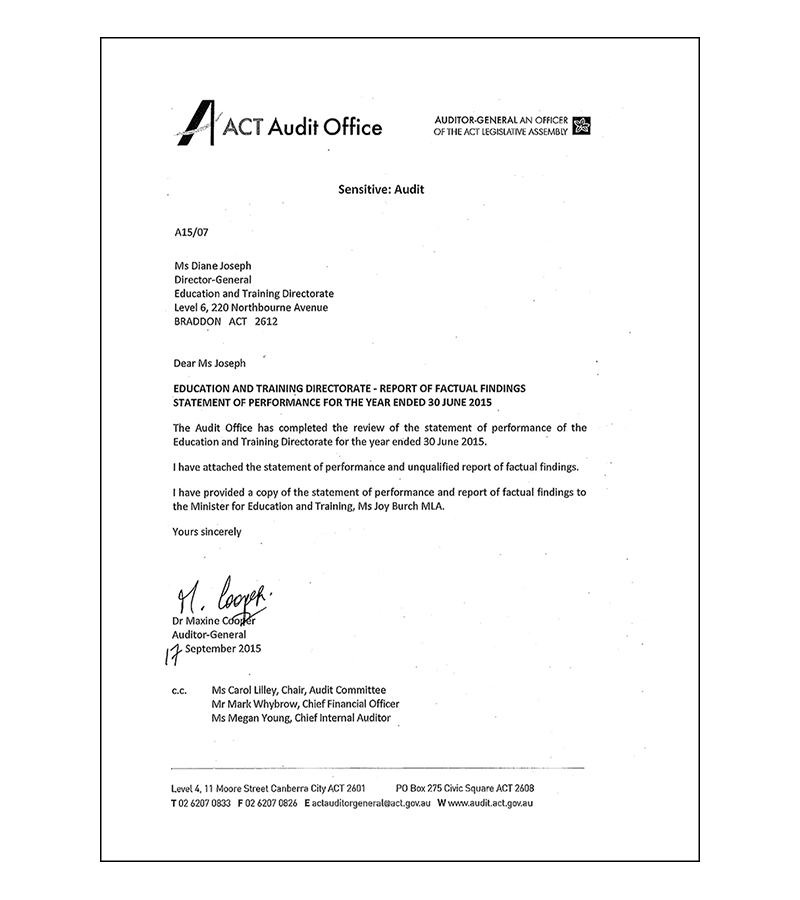 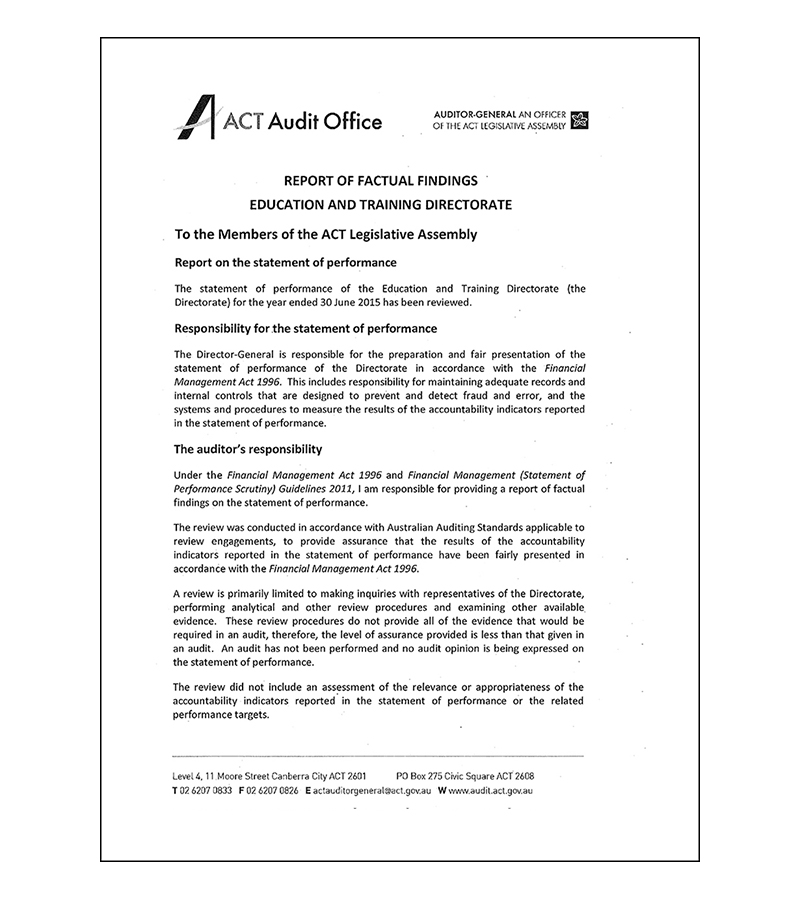 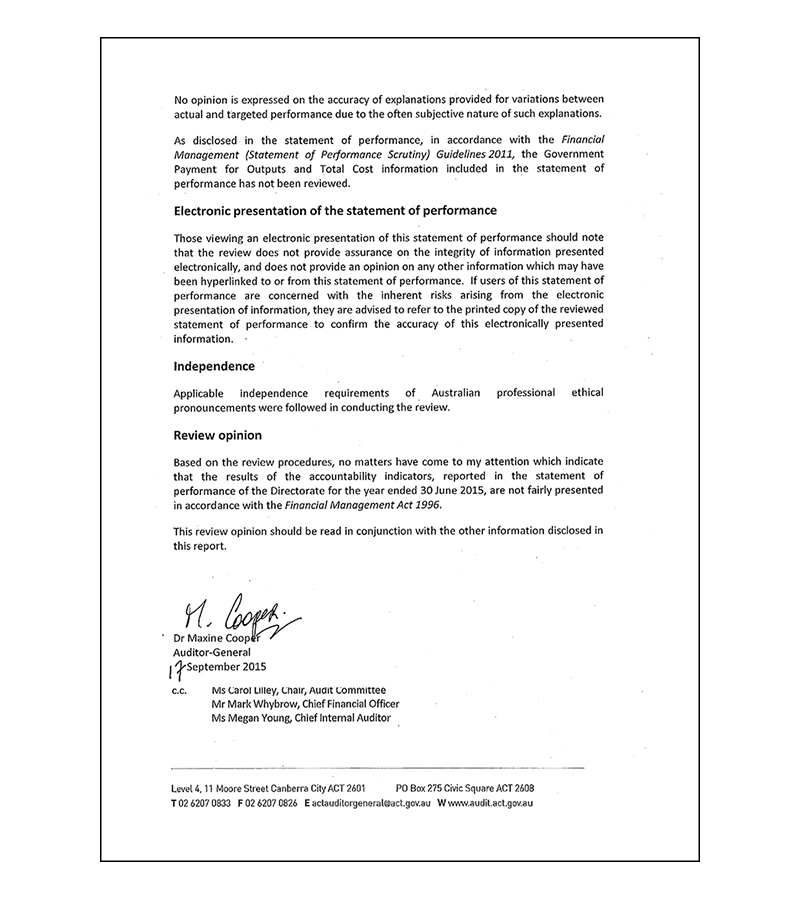 In my opinion, the Statement of Performance is in agreement with the Directorate's records and fairly reflects the service performance of the Directorate in providing each class of outputs during the financial year ended 30 June 2015.

Public primary school education spans the years from preschool to year 6. It is available, on average, for eight years with a preschool age of four years and a kindergarten starting age of five years. A balanced curriculum allows students to develop the qualities needed for lifelong learning. Public high school education covers the years 7 to 10. ACT public high schools offer a broad and comprehensive education across all key learning areas. Public secondary college education covers years 11 and 12, offering courses catering for a broad range of student needs and interests.
A range of educational settings are available in ACT public schools for students with a disability. These include special needs schools, special classes or units in mainstream schools and additional support in mainstream classes.

Average cost ($) Per Student Per Annum in Public Schools

The Directorate contributes to the maintenance of standards in non-government schools and home education through compliance and registration, and the accreditation and certification of senior secondary courses through the Board of Senior Secondary Studies. The Directorate also undertakes the administration and payment of the Commonwealth and ACT Government grants.

Output 3.1: Planning and Coordination of Vocational Education and Training Services

The Directorate is responsible and accountable for the provision of strategic advice and management of vocational education and training (VET) and higher education in the ACT. This includes administering, monitoring and auditing territory and national funds for a variety of programs addressing skills development. The vocational education and training system in the ACT responds to the demands and requirements of industry and the community. The Directorate gathers advice from industry stakeholders to predict industry trends and identify the future training requirements of the ACT.

Each year, Campbell High School science students participate in the Australian National Chemistry Quiz and the Big Science competition. Year 7 student Patrick Miller received a special mention for his achievements in both events this year.

In the Chemistry Quiz, Patrick achieved a High Distinction Certificate of Excellence for his perfect score of 100 percent. Patrick's participation in the Big Science competition earned him the award of 'Top Scorer', one of only 60 students across the world to achieve that award. The Big Science competition consists of a one hour paper designed to inspire, challenge and raise the aspirations of students in science and is taken by 49,000 students across the world. The competition provided students with the opportunity to test their critical thinking and problem solving skills.

Patrick's interest and high level achievement in the sciences was further demonstrated in his research, design, construction and programming of his own quad-copter.

Patrick Miller, year 7 student at Campbell High School, has achieved outstanding results in the sciences this year. The quad-copter designed and constructed by Patrick Miller.