The ACT Government developed the Multicultural Strategy 2010-2013 to promote multicultural harmony in the ACT. The strategy can be accessed at the following website: http://www.dhcs.act.gov.au

The Directorate continued to support the strategy through a number of activities under its six focus areas: Languages; Children and young people; Older people and aged care; Women; Refugees, asylum seekers and humanitarian entrants; and Intercultural harmony and religious acceptance.

The successful implementation of mandatory languages instruction saw an increase in the number of students learning a language in public schools from 11,091 in 2008 to 21,631 in 2011: an increase of 95 percent.

Teachers from public schools attended learning events such as the two-day French language teachers' conference and a workshop for teachers of Indonesian.

The Directorate renewed memorandums of understanding with:

The Directorate contributed to the living allowance, visa and health insurance cost of the assistants.

The intensive English language program was delivered in small classes and was staffed by specially trained English as an Additional Language or Dialect (EALD) teachers and schools assistants. Transport to and from a primary IEC was provided to eligible permanent residents and some temporary residents.

EALD students in the primary IEC programs transfer to a mainstream school after two terms (20 weeks) with the possibility of an extension to three terms (30 weeks) in the IEC program.

In response to growth and development in the West Belconnen and Gungahlin regions, a new Belconnen primary IEC was opened at Charnwood-Dunlop School in January 2012. Between January and June 2012, 50 new students were enrolled in the program.

In 2011-12, there were four primary IECs and one secondary IEC in the ACT:

The College Bridging Program at Dickson College caters for students, aged 16 and over, from a refugee background. The program was developed to support young refugees who face a range of social, cultural, English language and literacy challenges when entering the college sector. The program focuses on English language, academic support and the broader welfare of the student. To participate in the program, students are required to have a minimum standard of English but may still have significant English as a second language (ESL) and literacy needs. 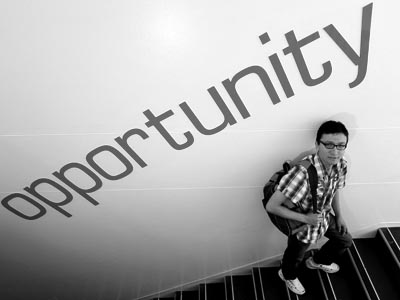 "Water was coming on board. We had to get it out with buckets to stop from sinking."

Young achievers from Dickson College's Refugee Bridging Program were recognised at a special awards ceremony early in 2012. Each student received a Country Women's Association grant of $350 for displaying courage and determination in completing their studies.

One recipient, Mohammad Mohammadi, was grateful to all of his teachers, his principal and Australia for giving him the opportunity to learn. The 18 year-old Afghan national said he had spent most of his life fleeing religious persecution.

"Every day I walked out the front door I wondered if I will come home again that night," he said. "Our people were getting targeted and killed, we were always at risk and we had no access to government services like hospitals and schools."

Mr Mohammadi enrolled in Dickson College's Refugee Bridging Program in 2011 after arriving in Australia by boat. He had spent six days and nights travelling across storm-swept oceans with 150 other people.

"On the boat, women and children had been sick, with no food or water. A big storm came in the middle of the night and water was coming on board. We had to get it out with buckets to stop from sinking."

"When I arrived in Australia, I could not believe I had survived the risks and danger. It was like a dream," he said. "I am so happy now that I worked hard to learn English, that I can speak, I can write and I can understand. It is such a pleasure for me to improve my studies here."

"I hope I will complete my education and become a useful person for the society and for my family, so I can have a happy life here."

In 2011, seven refugee students completed their Year 12 Certificate – the majority of whom had accessed the program to a great extent in their first year of college. Four of those students went to CIT for further study in aged care and childcare; another started an auto apprenticeship; one moved interstate and another found employment. A further four students returned to attend year 12 again to improve their English and confidence.

The program worked collaboratively with a number of stakeholders and partners in 2011-12: ANU; Amnesty International; and the Australian Portrait Gallery.

Directorate activities to promote wellbeing of women are discussed in Section C24.

The Directorate funded a number of courses under the ACE program for refugees, asylum seekers and humanitarian entrants. Details of these courses are given in Section C16. In addition, intensive English language programs were offered at five IECs and at the Dickson College. These programs have been discussed under the Children and young people heading.

A number of courses were funded under the Priority Support Program and Productivity Places Program for skills development of people from refugee and asylum seeker backgrounds.
The Work Experience and Support Program (WESP) of the ACT Government aims to help people from culturally and linguistically diverse backgrounds who have difficulty gaining employment because they lack Australian work experience. The WESP aims to equip these people with office skills training and voluntary work placements usually within the ACT Public Service.
The Directorate hosted nine WESP participants in 2011-12. Five of these participants were refugees from the South Sudanese community and had experienced hardships before coming to Australia.

All students in ACT schools develop their understandings of other languages and cultures through undertaking study of a language other than English in years 3 to 8. The study of languages develops students' capacity to communicate effectively with people from different cultural and linguistic backgrounds.

Religious education is the learning of a student in a particular religion, as distinct from the study of different religions. Many schools offer courses in comparative religions where students are able to study belief systems from around the world with no specific focus on a single religion.

Section 29 is enacted by all ACT public schools and is an example of religious acceptance promoted by the Directorate.