The ACT Women's Plan 2010-2015 provides a whole of government approach to improving the status of women and girls in the ACT. The plan identifies economic, social, and environmental themes as the areas where progress is required to be made. The strategy can be accessed at the following website: http://www.dhcs.act.gov.au

The Directorate supported the strategy through a number of activities under its three priority areas.

Pathways in education and training

The Directorate administers the Australian School-based Apprenticeships (ASBA) program which recognises the importance of providing pathways for girls to enter vocational occupations. The program aims to increase the number of well prepared individuals having the option of transitioning to a full apprenticeship or traineeship upon leaving school. In the 2011 school year, 51 percent of students commencing an ASBA were girls.

The Productivity Places Program (PPP) provided training from Certificate II to Certificate IV for job seekers wishing to gain qualifications to increase their chances of gaining paid employment or self-employment. During 2011-12, 51 percent of job seekers commencing in the PPP were women. Qualifications take up to two years to complete.

The Priorities Support Program (PSP) aims to increase the access and participation in VET of disadvantaged learners. In 2011-12, 55 percent of participants commencing in PSP were women. Of the participants completing qualifications or statements of attainment during this period, 51 percent were women.

Increased opportunities for advancement in the workforce

Women were well represented at senior decision-making levels in the Directorate.

Recognition of contributions to the community

The Directorate held a breakfast function on International Women's Day (8 March 2012) to celebrate the achievements of female staff and their contribution to public schools, the Directorate and to the wider Canberra community. Female ACT college student representatives attended the event and a number of Women of Achievement Awards were presented to staff.

Every school had a pastoral care coordinator whose role was to provide a personalised approach to student wellbeing and support. The Families and Schools Together program, School Youth Health Nurse program and Disability Support Officers also contributed towards supporting affordable and accessible gender and culturally sensitive services.
Each school had an Anti Sexual Harassment Officer. Targeted training was provided for these officers during the reporting period.
A Cultural Competency training program designed to raise awareness and respect for Aboriginal and Torres Strait Islander cultures and the diversity within and between them commenced. 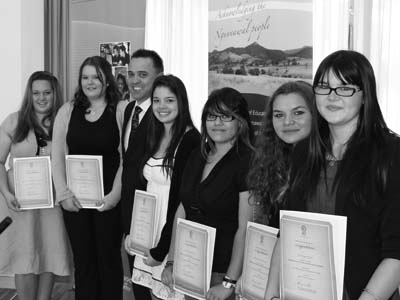 The Directorate administered and funded programs to provide the best possible means for women to participate actively in community life through schooling, vocational and community education and training

The Directorate continued to deliver Respectful Workplace training to employees. The training focused on creating safe and respectful workplaces and provided information on preventing and managing bullying and harassment in the workplace.

Available opportunities for decisions about urban planning, transport and the environment

Consideration towards safety, security and accessibility when designing, building or retrofitting public facilities

The Directorate continued to work closely with schools and the Australian Federal Police to assess and develop strategies to improve security and safety at school sites.